It was the morning of June 2, 1995, at exactly 10:01 AM when life as I knew it altered its course. Like a hand full of other dates this one lives clearly in my mind. I awoke to the same four walls I had awoken to for months. Inhaled the same disinfectant smell and heard the same beeping of machines. I was still trapped in a body I couldn’t move.

Though my mind screamed out I was young, vibrant and ready for my future, my body betrayed me and soon I would know why.

In less than a fraction of a second, my entire life has changed.

How I Was Diagnosed With Multiple Sclerosis

It all began on the evening of April 5, 1995. I was driving home from a field trip with my younger brother when I began to feel sick. It was that deep in the pit of your stomach sick. I knew I must have eaten something bad and this was the early signs of food poisoning. I, of course, would be very wrong in the end.

By Morning I was unable to hold anything down and could barely move from my bed. Every move I made was taking every ounce of strength I had. It felt like I was moving through thick mud. It would warrant a trip to the ER and thus began my journey.

A week in the hospital being poked and prodded as if I was some sort of puzzle to be figured out. After being asked a billion questions that seemed to make no sense to me. Like have you ever been out of the country or have you eaten anything different this week?

The questions seemed invasive, all over the place, nothing truly related to what was happening. But I answered one after another hoping with all my heart that with each answer I gave something good would happen. That miraculously they would know what was wrong. Yet something deep inside me knew that whatever was happening to my body wasn’t going to be a simple answer and that terrified me more.

All the questions would lead to a simple diagnosis of food poisoning.

But life would be anything but simple from this point. Once back at home life returned to a routine of work, school, and plans for my future home. I was excited about my future I was creating, but a black cloud was looming just around the corner to alter my life as I planned it.

By week’s end I would once again find myself in bed weak and unable to hold anything down. Knowing this time it couldn’t be food poisoning for I haven’t eaten much all week I knew something awful was brewing. I was afraid. What was happening to my body? Why was it betraying me?

Another week of lab tests, question after question, doctors in and out of my room. The walls of my room felt like they were closing in on me. I was terrified of what was happening to me. Just to perform a simple task seemed impossible because any movement at all was like torture. Just to feed myself took every ounce of strength I had.

I wanted to give up but knew if I did I would disappoint my family so I pushed through. Therapy helped along with medicine and soon I was told I could go home.

This time the answer wasn’t easy. In fact, the doctors had no answers at all. Maybe it was a virus, Maybe it was dehydration or maybe it was something else. No one knew. I was sent home with no answers but many questions. Something in me knew this wasn’t going to be my last visit.

I tried to go back to life as I knew it. But it was hard questions plagued my every waking moment and sleep wasn’t coming easy. What if I got sick again? What if this is some sort of weird disease? The questions played in my mind over and over like a bad movie.

Until finally, the nightmare came true.

On a warm morning in May I awoke to find I could barely move. I felt like something was holding me down. No matter how much I wanted to get up, I couldn’t. Keeping my eyes open took every ounce of strength I had. No matter how hard I tried to stay awake the darkness pulled me deeper in.

Every time I would open my eyes or try to move or speak nothing happened. Fear became my constant companion. Life became a series of pictures, with each time I closed and opened my eyes, I found myself in a new room with new people poking, prodded me.

It was like I had been captured without my consent and was being used as an experiment. I couldn’t tell if time was in minutes, hours or days but finally, the darkness took over and all I could do was dream a little dream.

My dreams consisted of voices talking, hands, and objects touching me and moving me this way and that. In my head I was screaming I’m here, I am alive but nothing happened. My body laid there like a corpse.

Then in the wee hours of the morning of May 27, 1995, I opened my eyes to find myself hooked up to machines, restrained to a bed in a room I didn’t recognize.

Fear seeped into my bones as I laid there alone unable to move.

What happened to me?

Were my dreams true or illusions of my mind?

Did I get kidnapped?

I laid there trying to be calm as in my head I screamed for help. I knew there wasn’t much I could do as I couldn’t move due to restraints, I couldn’t scream from a tube in a mouth, I couldn’t do anything but pray I would make it out.

Finally, hope came in the form of a nurse.

Her name was Carol and she had the most amazingly soothing voice. She arrived to explain I had been in a coma for several weeks and that I was hooked to machines to help me breathe, and to eat. She said everything would be okay as they didn’t expect me to live through the first 48 hours but here I was awake. With that, she urged me to sleep.

The man, of course, would become my savior as he worked double time
over the next few days to try and find answers to what had happened. Finally on June 2, 1995, after brain tests, spinal taps, MRI’s and countless blood tests and questions that I would answer through a series of blinks the answer would appear.

The answer would result in a life-altering diagnosis. As the doctor stood over my bed reading off test results that I didn’t understand and saying words I would never be able to spell one set of recurring words kept coming up: Multiple Sclerosis.

Then at exactly 10:01 AM, the doctor looked at my family and then at me and uttered the words that would forever alter life as I knew it. Mrs. Bryant, you have Multiple Sclerosis.

This chronic often disabling disease called Multiple Sclerosis had stolen my life, my dreams. It was like someone had picked up my dreams and threw them as hard as they could on concrete only to watch them shatter into a million small pieces.

I could feel myself slipping away into a dark hole. But before I could even process what had happened to me or to deal with my emotions the doctors had me in therapy. My life would become a routine of physical and occupational therapy, test after test and questions always more questions.

My days would start at 6 AM and end at 9 PM without a minute to just stop and think. By the evening, I was too exhausted to even hold my eyes open. I would drift off to sleep hoping it was all a dream.

I would awake in the morning to the same lifeless body. Eventually, with therapy and a strong desire to regain my life, I pushed myself hard every day until little by little life began to bloom within my body.

First, it was my head, then a finger and toe till finally, I could take baby steps. Baby steps lead to bigger steps and milestones until one day I found myself walking out of the hospital.

Yes, I wasn’t the person I was before but as I walked out with my head held high on my own two feet, I made a promise to myself. I promised myself I would live life to the fullest. To stay in the moment and take on challenges as they came. I would overcome Multiple Sclerosis. I would choose to be happy and I would work twice as hard to live my dreams. Multiple Sclerosis may be part of who I am but it would not define me and it wasn’t going to steal my dreams again. 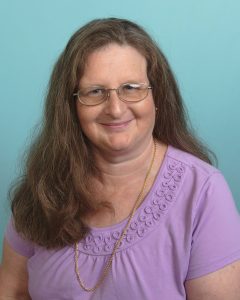 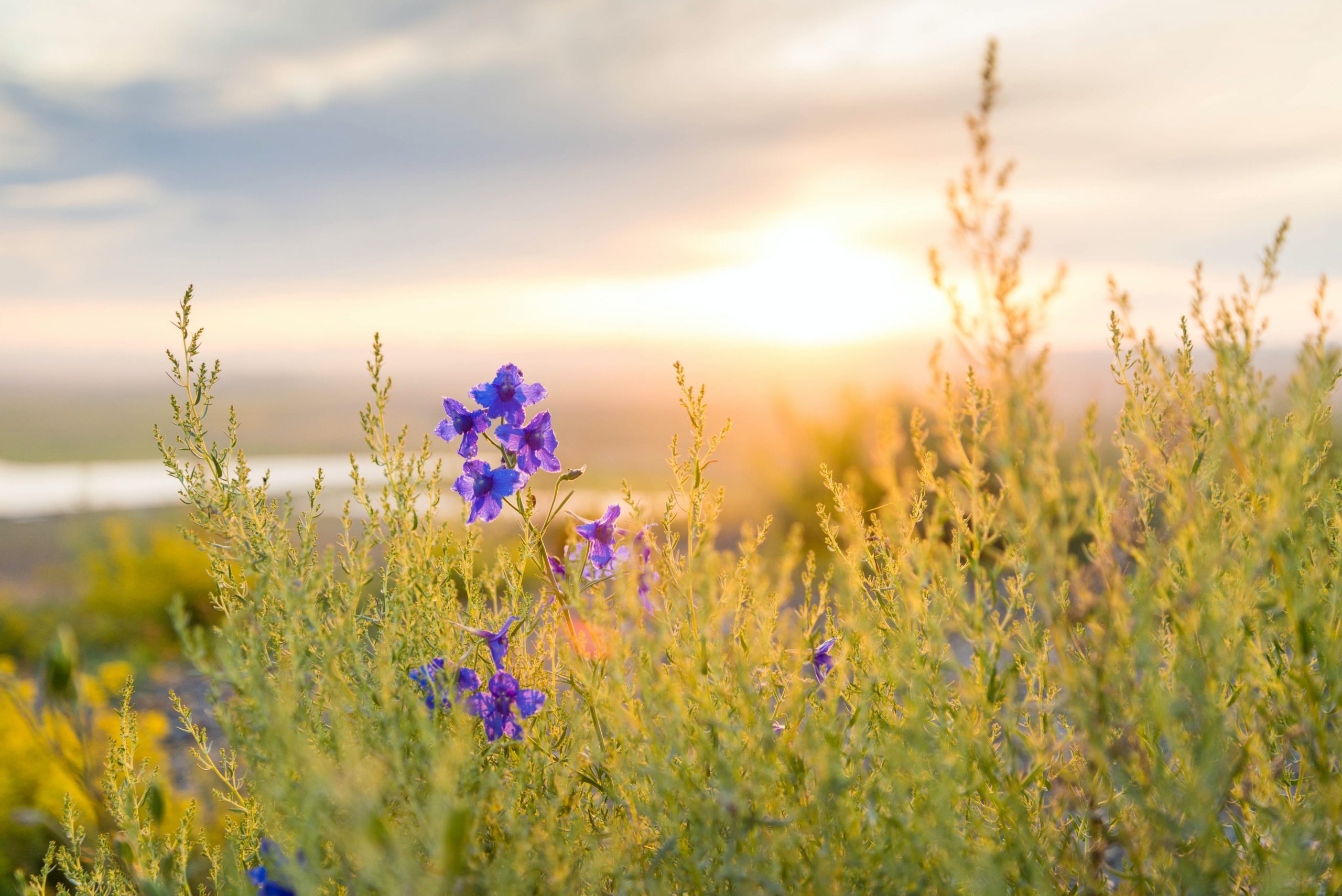